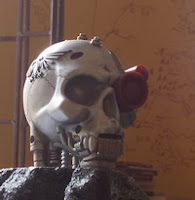 As we approached the site we were exhausted. After long days in the jungle all but our master Dunkelschwartz were full of doubts.. But when our guide called and pointed legendary skull shaped rock we felt anew all the holy fervour that has brought us there..


The skull stood like an idol of arrogance of the times long forgotten over the ancient and crumbling mansion of some long dead nobleman.

When our scout returned we heard that bad rumours were true to the letter, croneys of Pinkstein were digging in the ground and excavation something ! In what Pinstein dabbles couldn't be good and holy so we know at that moment we were to fight a deadly battle on these hot and wet grounds.

We produced our weapons and armed ourselves to war !

First group was lead by Inquisitor Dunkelschwartz our beloved master himself, with Major Klinkerhoffen and Redemptionist Figus, while on the right flank Crusader Grimdarkus led the second part of the retinue accompanied by our good spirit Abbot Umpapus with his mighty hammer of justice.. 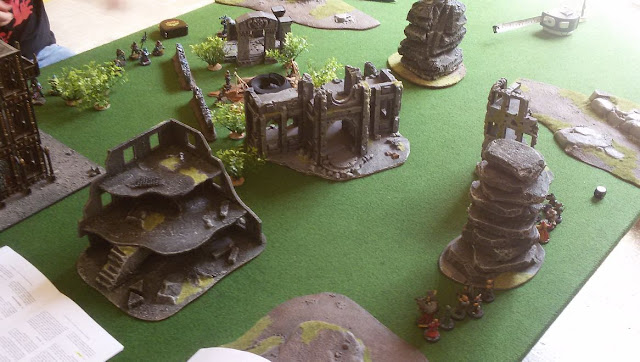 It was our beloved Lord that spotted first movements in the dark shadows of the main gate, the same gate that happen to be a grave for so many of us later..
Where there were his men, Pinkstein couldn't be a far away we all knew.. and so were he.. Archheretic, arch traitor, Pinkman the rapist, Pinkman the slaughterer, Pinkman the Scourge, man of many names but only one allegiance.. sworn to dark gods..

We newer knew what kind of coin he bribed them, or whose poor souls he traded for their servitude as he took his secrets to the shallow grave, but here were they.. traitorous astartes.. huge bulky shapes in the green background of the forst.. waiting to spring a trap.. like if we were mere mice..


Lamented Umpapus, brave hero of the Imperium was a first to spot them and issue a curse he was known for..to foul to be cited here.. 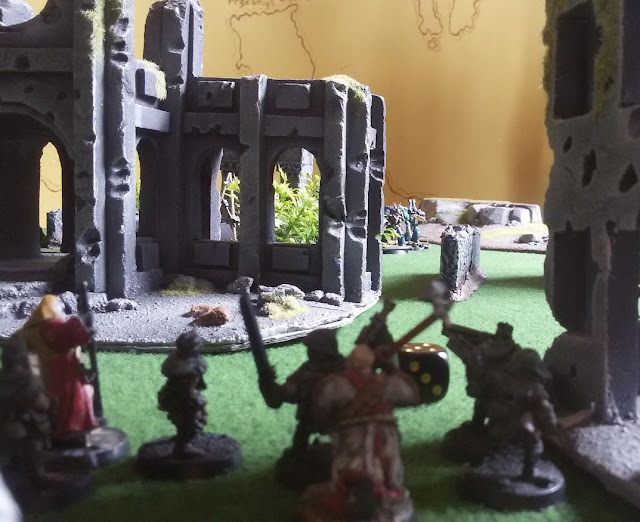 But we there were no cowards among us, as Inquisitor Dunkelschwartz had unique talent to see a man's weakness before it was even known to themselves and chosen his man wisely.. so we all pressed forward with grim determination and The Most Holy Emperror in our hearts as a shield against the Darkness ahead..
*** Ya spent Pinkstein !! The Emperor has cometh for ya !!!!*** Our Lord yelled and laid waste to the first traitorous scum with a blast from his holy plasma pistol The Merrimack 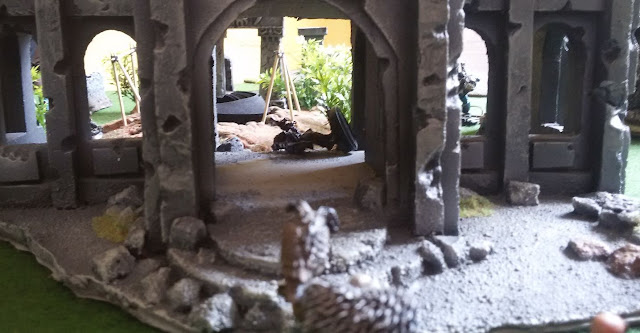