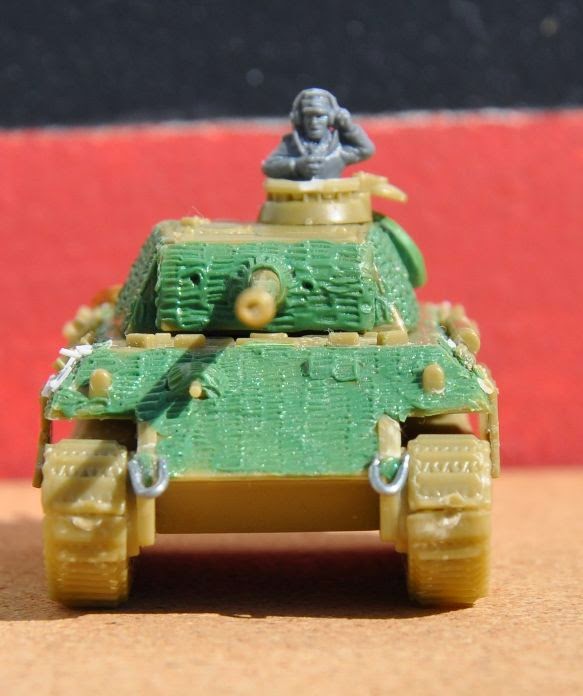 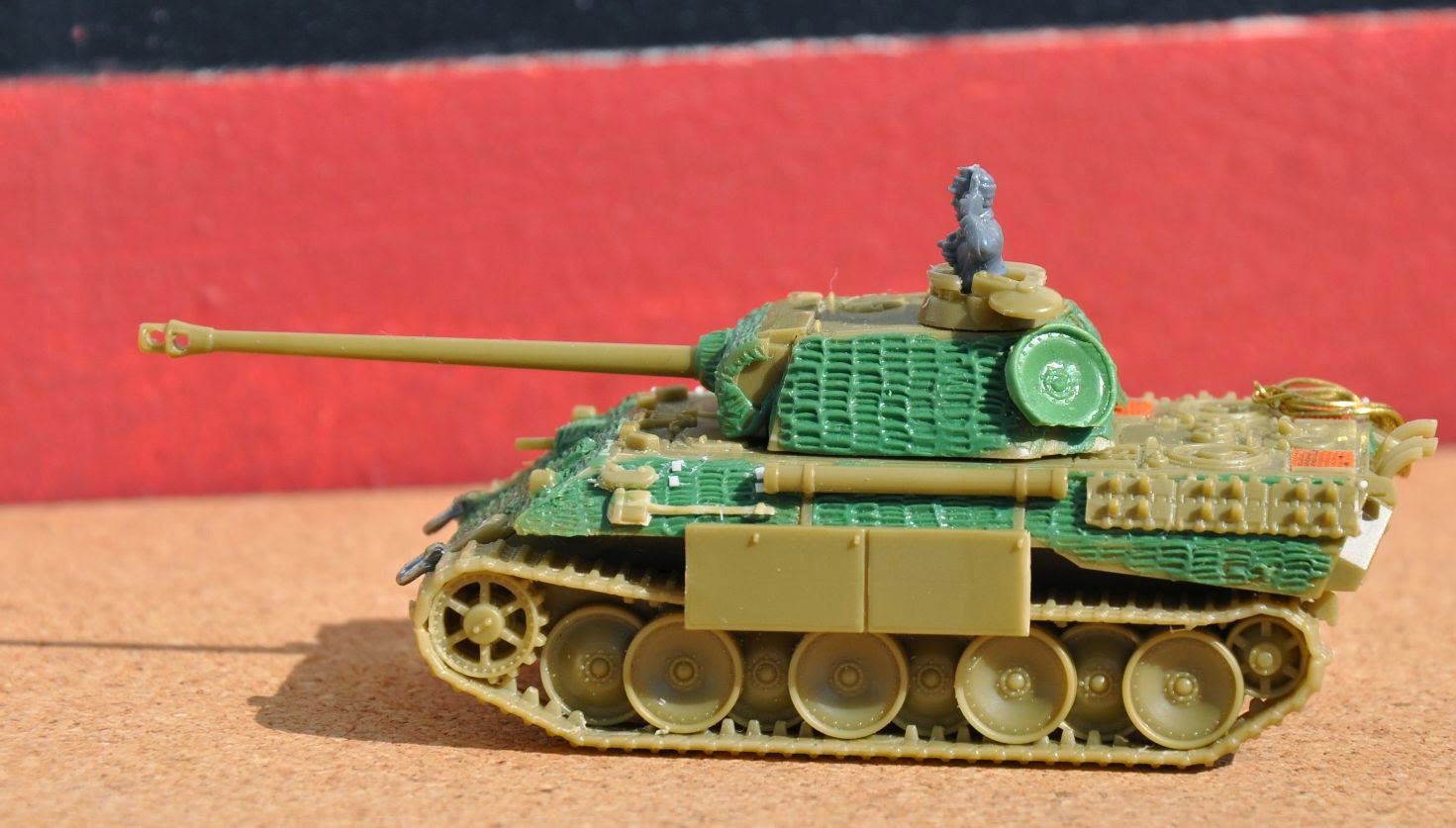 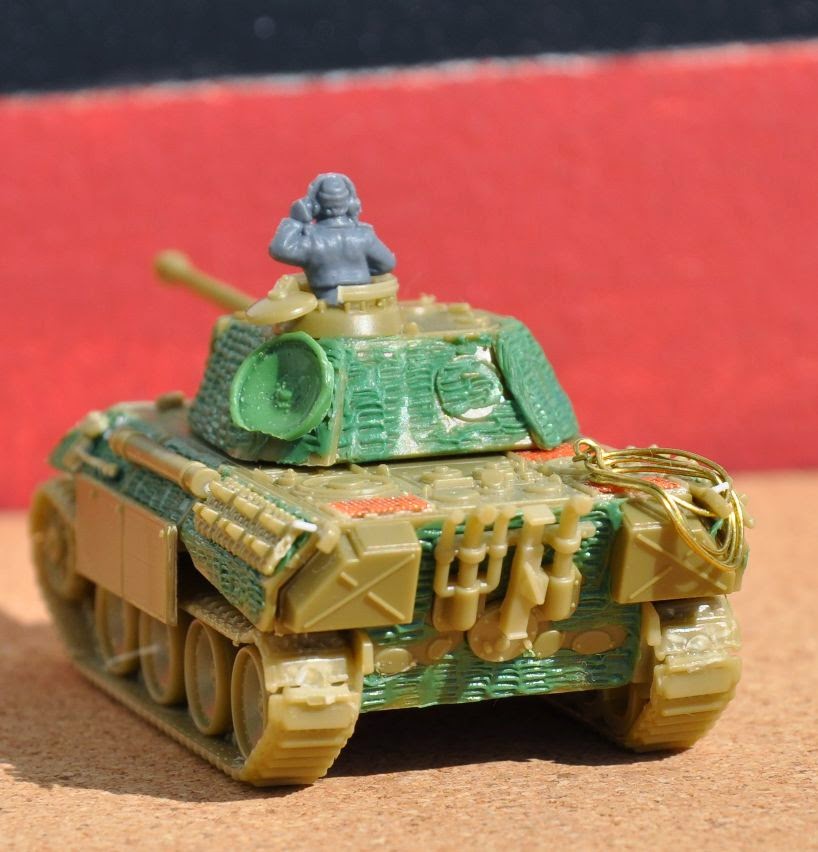 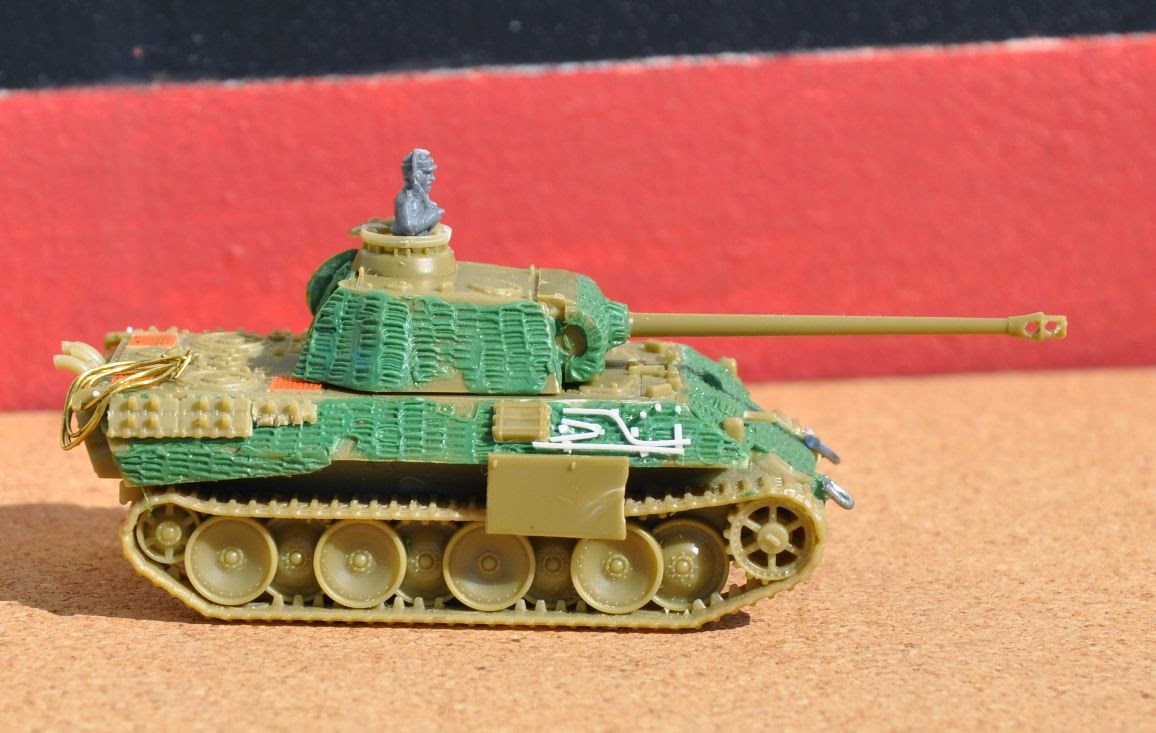 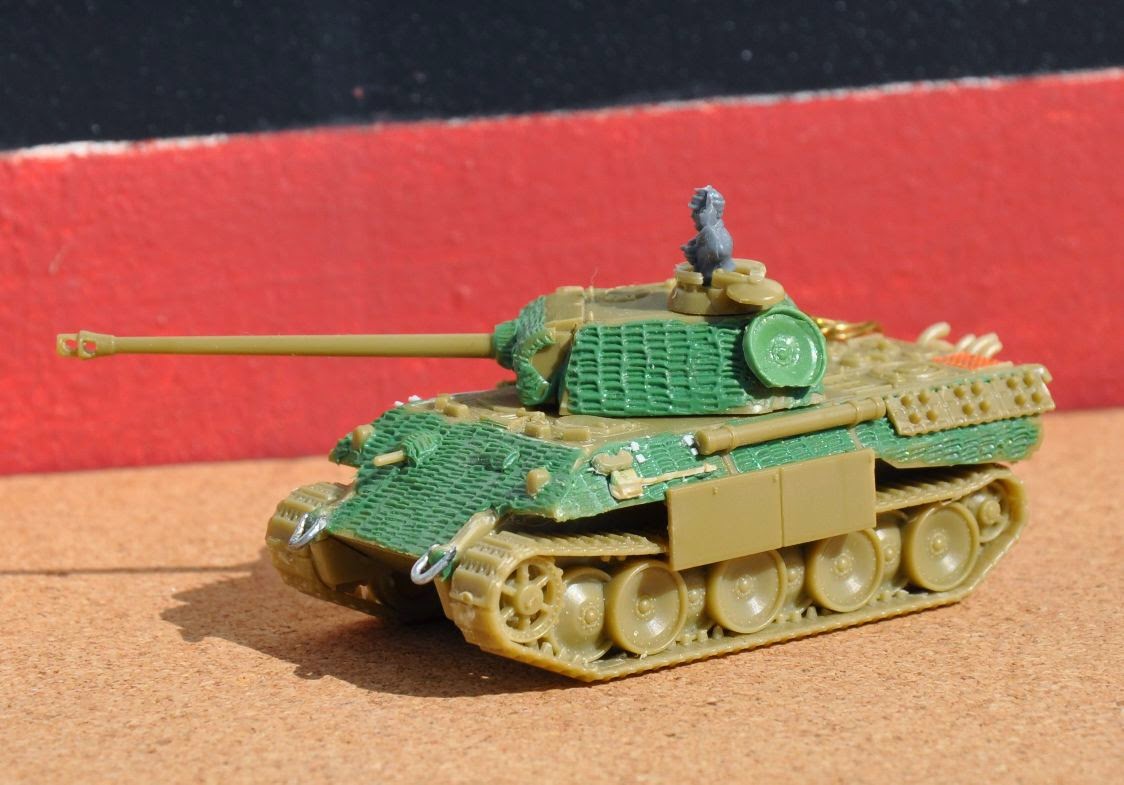 Panther is mostly finished (I will add AA mount to the turret ring and it will go to painting. SOme of the filters are missing, but they tend to in combat. 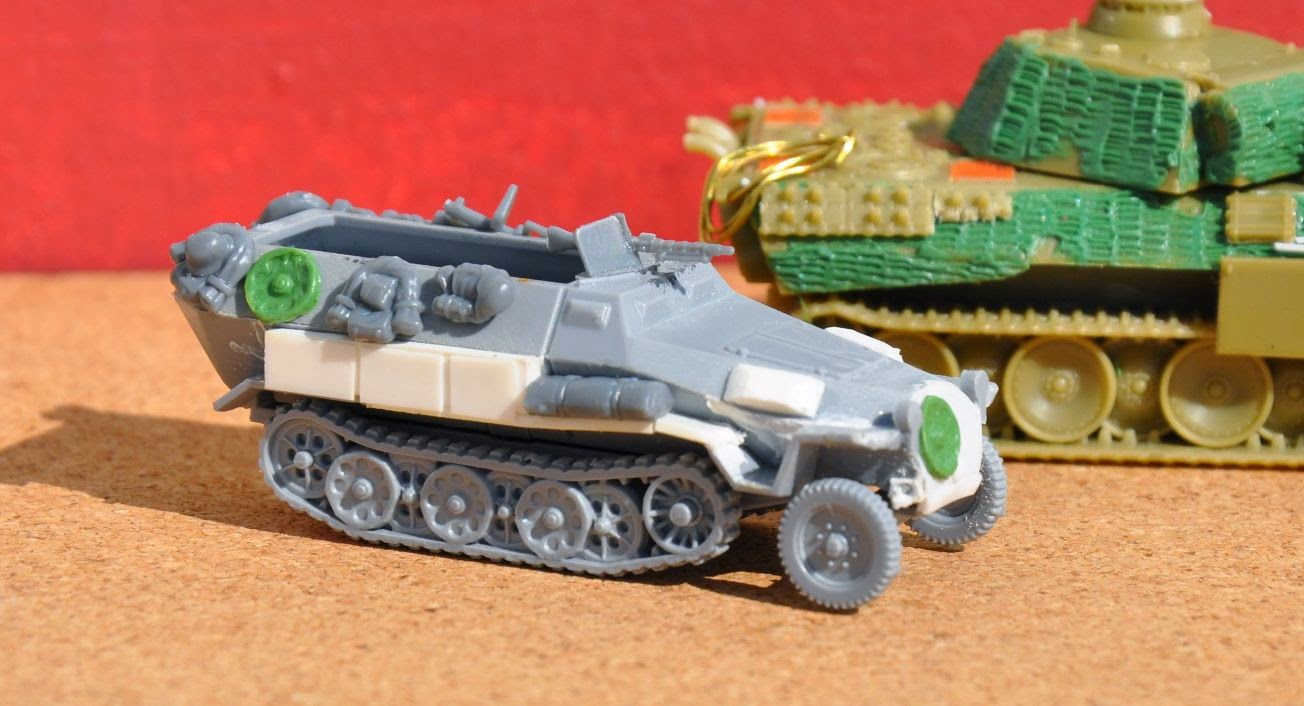 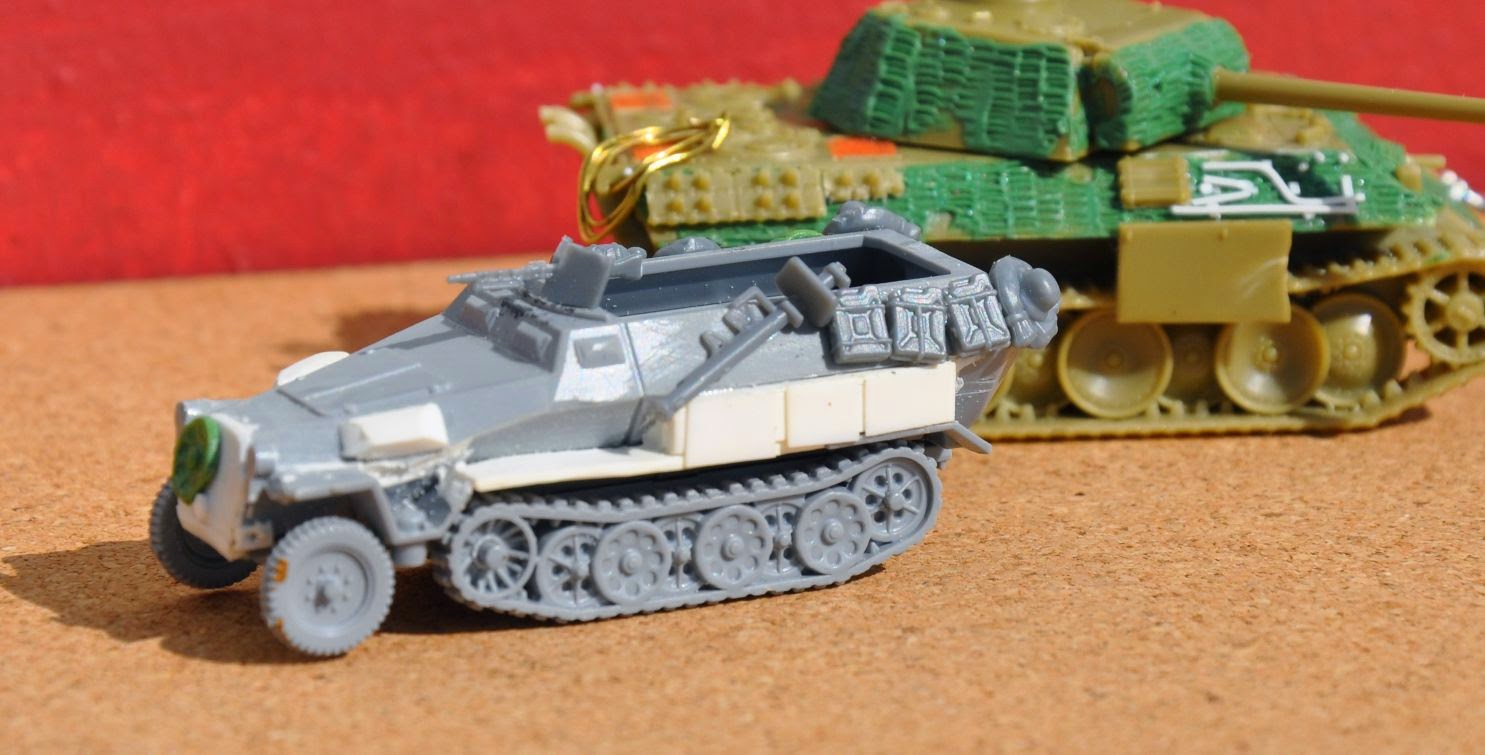 So is Hanomag C again from Zvezda B. It lost AA gun during photoshots but after giving it a though i like it more without AA gun. 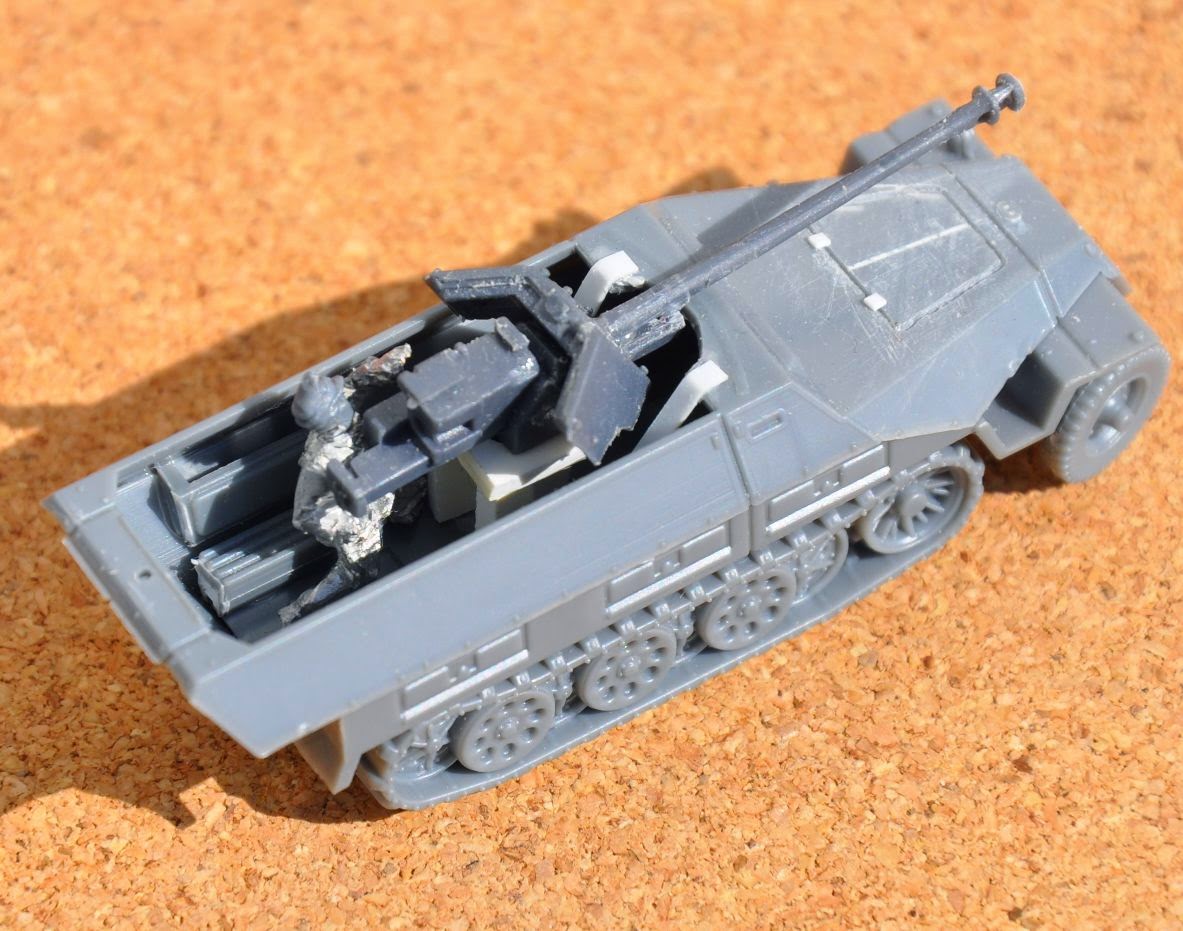 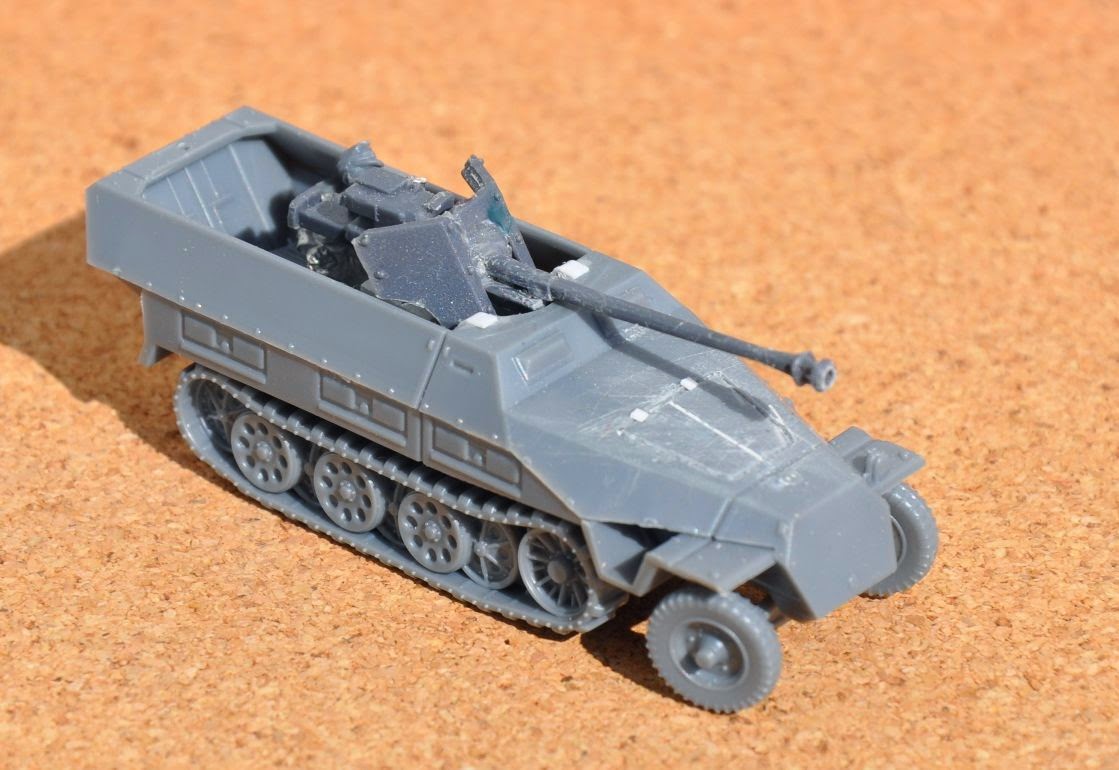 And the last: PSC Sdkfz 251D converted to 251/22 variant with Pak 75 from Battlefront FOG starter.
Need extra crew member and some detail I did not decided on yet.
No to finish my 251/21 (almost done) and 251/23 (probably never seen combat - but if seen it was on Seelw and Kustrin I aim for) that i have only turet done and   my collection of late war 251 strangeness will be ocmplete. And do a Stummel C from Zvezda B :)

I have finished second converted Zvezda Sdkfz 251 B for C I've did tutorial few months ago . This one is done in random dot style camouflage. Color trials are finished - i think i will settle with this combo - Middlestone-Reflectivegreen-GermanCamoMedBrown for some time. Although they are too dark for my tastes so i will lighten them a little on larger applications. 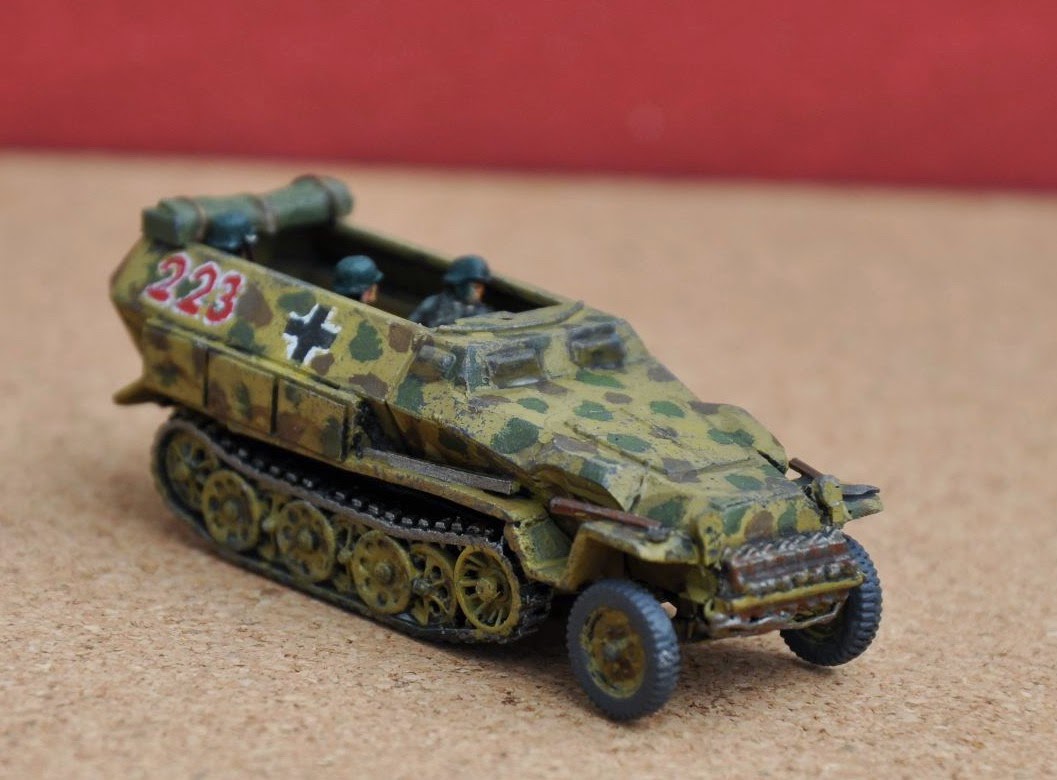 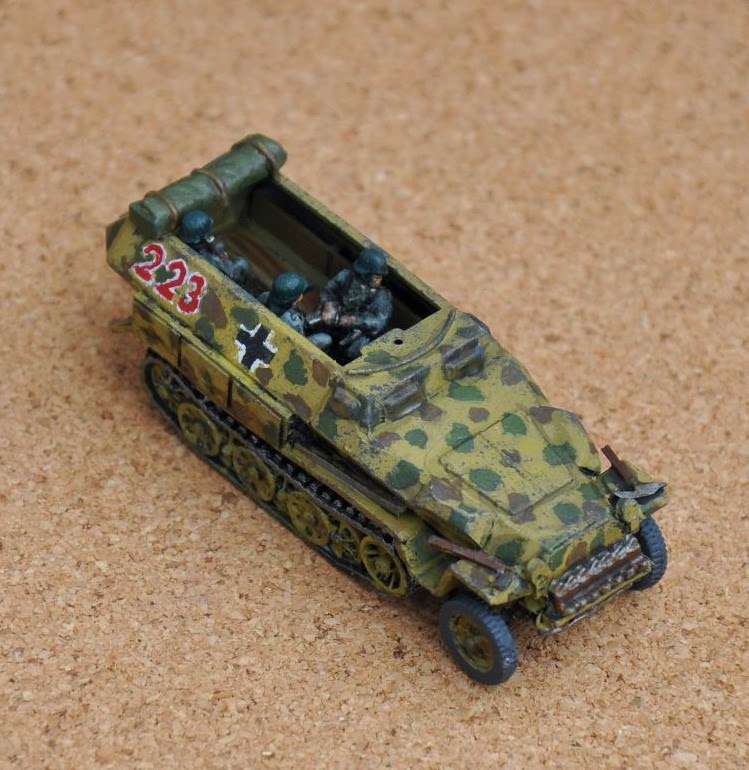 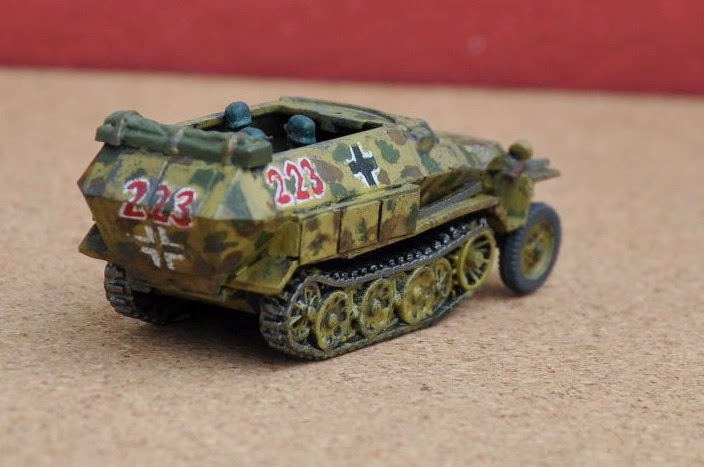 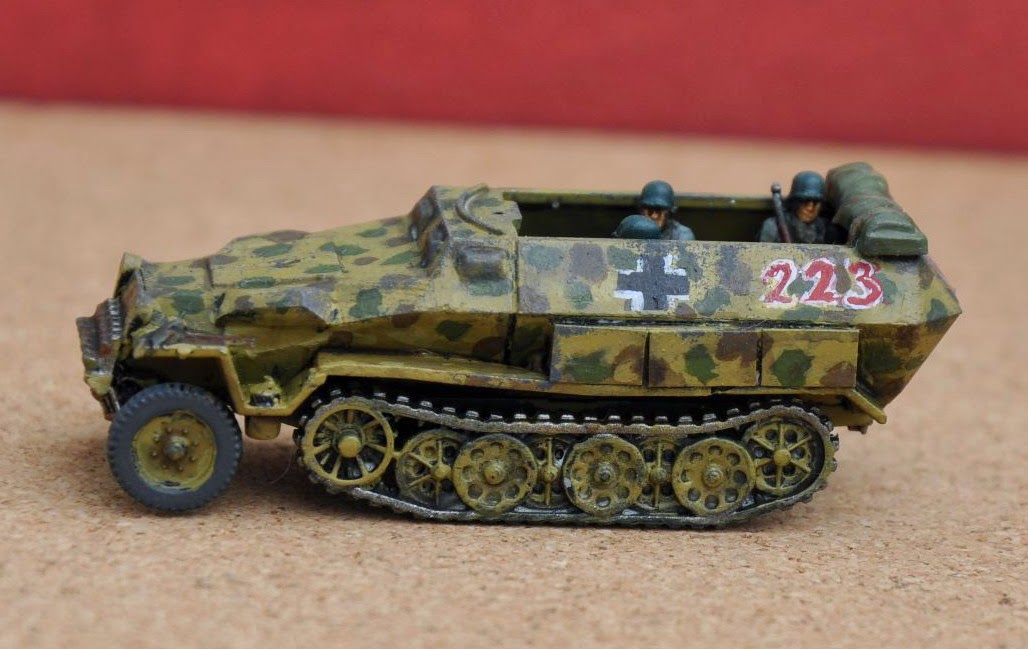 I am in the proces fo finishing second PSC panther tank (Late A this time with Zimeritt) and 251D/22 I converted from PSC and FOW parts. So expect it soon pre painting and WIPs

Its a camels life 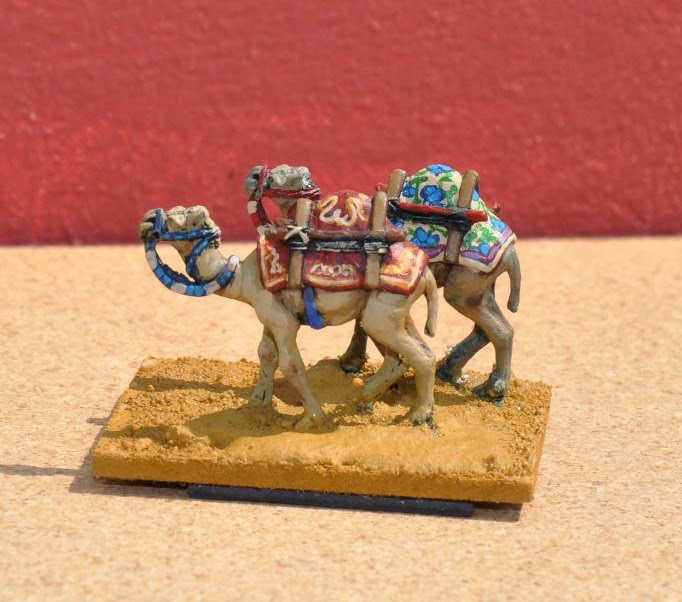 I painted camel base that is meant to be a camp base for Middle eastern armies, models are from Lurkio 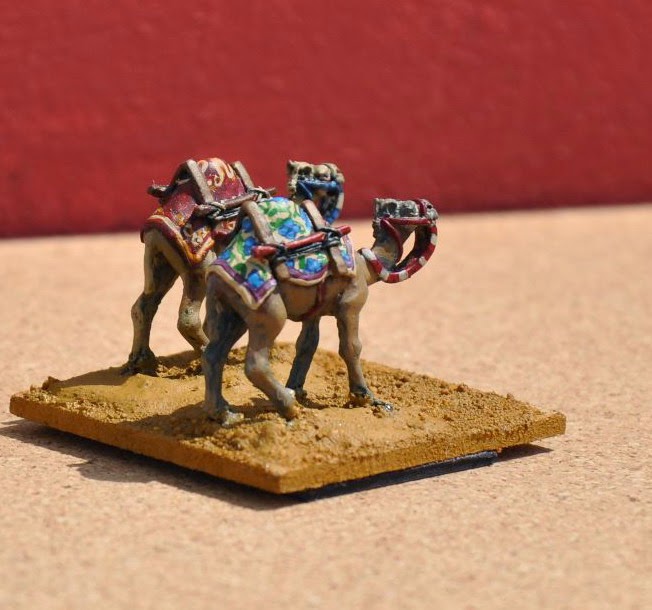 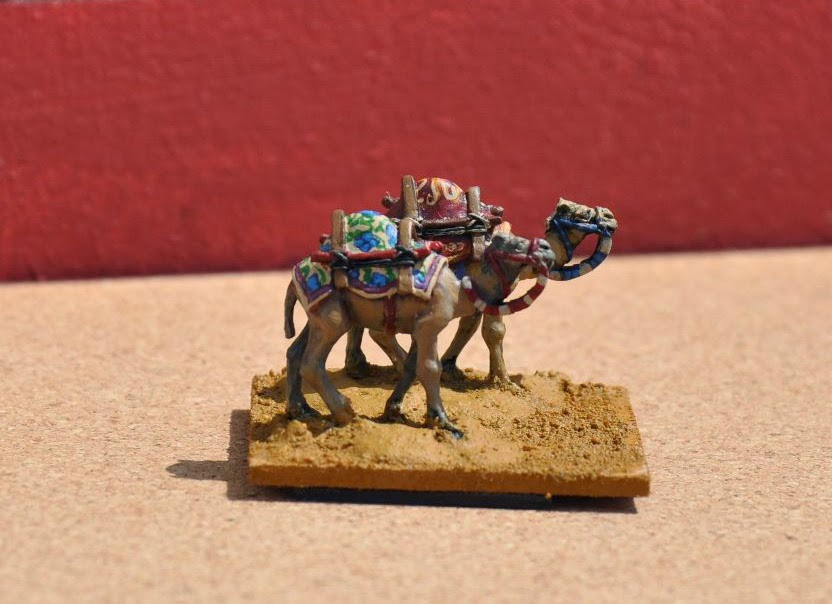