Middle Earth bandwagon and some

I wanted to try LOTR game for ages now (like 10 years.. Last when it came tomy head I bought some dirt cheap models (there were really cheap so I reinforced my Moria goblins and High elves I bought for the paints while in the day the were extras to really cheap to pair of first numbers of LOTR magazines and Fellowship set I got for less than 10 dollars).  It returned with new beautiful set I desperately want to buy (but have to wait some time as rogue Trader is coming next week :(
Some of my last time LOTR urge were those 8 old Mordor Orcs.

Really old model but quite cool sculpts. Unfortunately part of their cheapness was fact they were painted. I wanted fast job so resprayed so they lost some of the detail, but I think they are workable for such throw away priced models (IIRC less than 3 dollars for them). 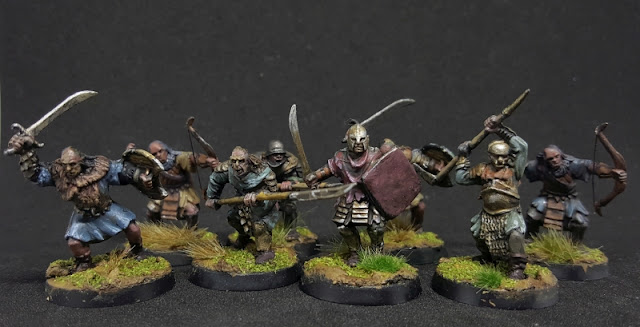 After finishing them I snapped and bought pair of old heroes Gorbak and Gorbak as they were really cheap and could go up in price with LOTR renaissance) and men those are insanely detailed and cast in comparison to plastics. Little wonders. SO expect more photos of this 8 with both "heroses" painted soon in more  scenic photos.

And secondly... Those guys. Superb models from Dark Imperium set. First painted himself and I decided I want to more. Really detailed and really simple paint jobs. 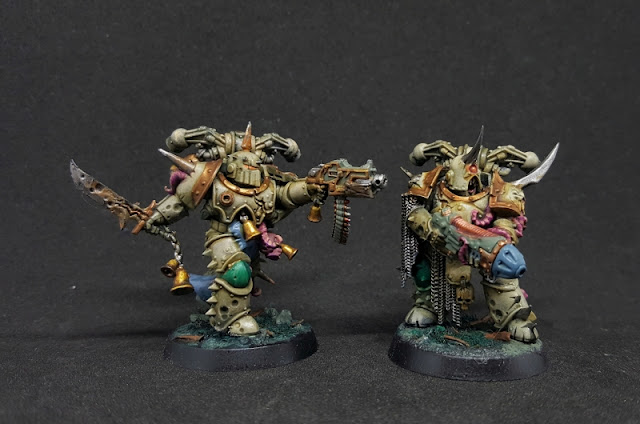 Very nice models. And not that nurgly as I expected.. They will be undivided but really mutated and degenerate bunch of renegades.
Autor: AWu o 12:49 Brak komentarzy:

I have not planned to built him before Boltgun guys and some CC but Ive rolled insanely good Old pro help from House favors and was presented with free champion witch 150 creds of Equipment.. Oh joy and curse.
I wanted to use this model as i love the looks of the nail gun its just soo suxy it would be not only waste of points but also uselessness would make me sad.. so I invented this Idea and this was born.

It would work better with stubber barrel probably but this crude orc barrel fits Goliaths aesthetic quite Ok. 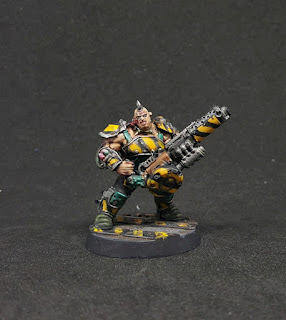 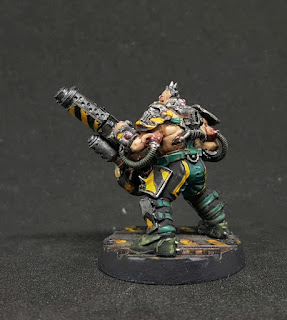 I think
it will work nicely