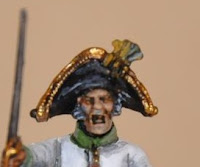 My Napoleonic skirmish project is slowly coming forward. I've finished and based unit of Austrian German Line Fusiliers and von GRZkoff himself.
I am not fan of those Victrix Austrian models. They are cheap and fill ranks fast but hunched poses and especially faces left a lot to be desired (who thought that mouldline through the face is good idea Victrix ?!!  They are worse than Frenchmen for sure. Only bonus is mounted colonel sprue in the box. von GRZkoff face is a lightyears ahead of fusilier faces.. In the end they will look good on the table but for my next box i will try my luck with Grenadiers, they have faces cast frontal not on the side.
I really like vonGZKoff face, its one of the most characterful Victrix faces I've seen (my second favorite is first Frenchman in the line on the action photo). I will use second one with some slight hat modification for a French officer. Sorry for lack of eyes but I have to confront the color with real life von GRZkoff first :) 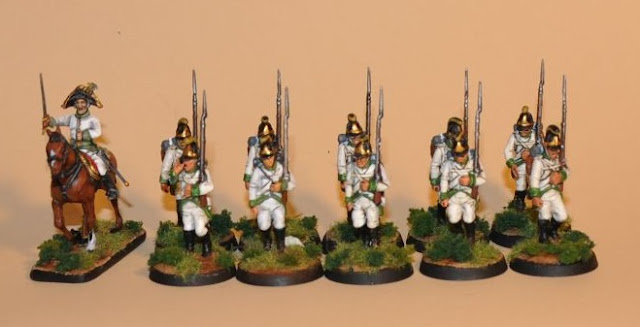 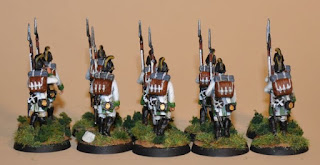 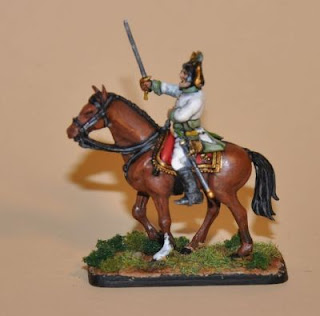 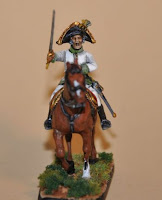 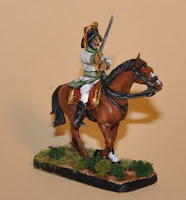 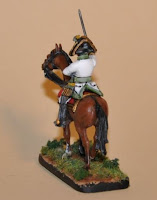 And for the finish action shot (sorry for the void but i lack proper Napoleonic terrain yet :)