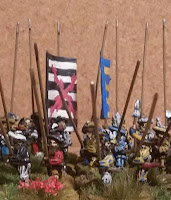 Here come my second column of landsknechts for DBR Italian Wars. Really versatile unit for the period.. it could be part of any army :) And one of the coolest looking in all those fancy costumes.
This one will by my Black bands - infamous landsknecht unit led by Georg Langenmantel that was rised in 1514 to fight in Saxon Feud and was later lent to King of France as mercenaries where it was fighting at Marignano in 1515 where it stood out against the dreaded Swiss - to be destroyed almost to a man at the battle of pawia by landsknecht columns of Frundsberg and Sittich in Imperial service. I My French army from the Italian wars project is moving very slowly but it is moving. next step will be Gendarmes (but who make best ?)..
Miniatures again Freikorps, I like the models despite need to recreate the hands with green stuff. and they paint well, Pikes are Wargamer. 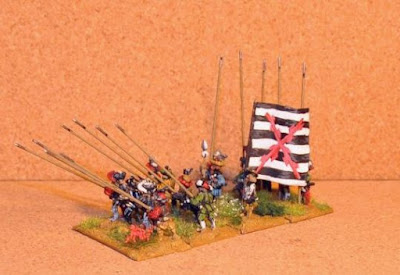 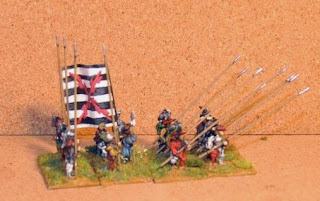 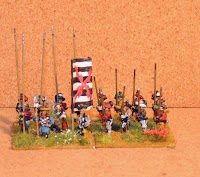 Here they are with my first column painted earlier (You can see more photos here)
I made middle command stands that way to make a focal point with two banners together when they are used  as one larger unit. 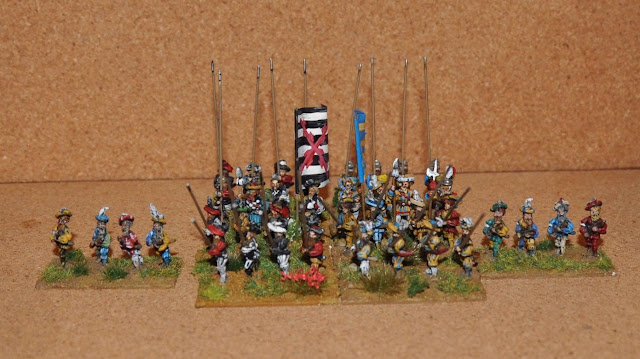 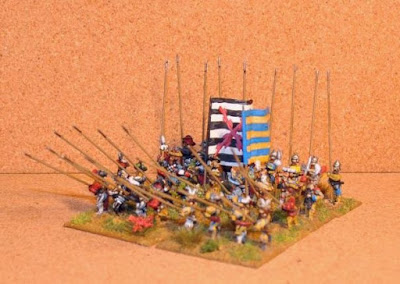 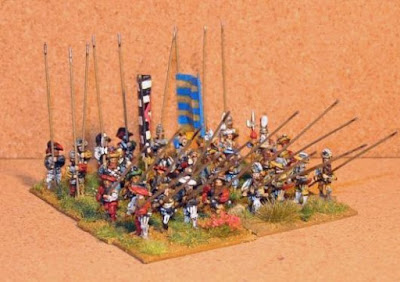 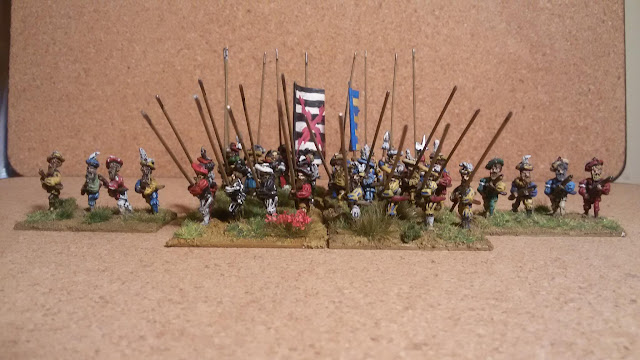