Ive got those two models for civilians and objectives almost by accident. Painting them was pleasure.
I really like Copplestone sculpts.
(Damn I missed her eyes :D 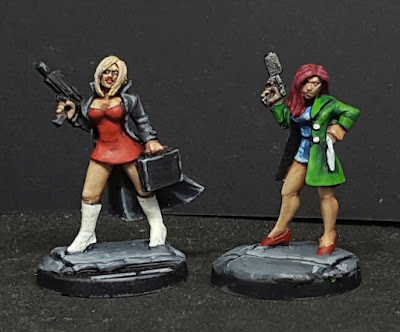 I don't like Nurgle stuff.. Daemons, characters nor Marines. Nurgle aesthetics is just not for me.
But those new Plague Marines are just so good I broke and painted Nurgle things first time in my life.. They don't have purpose but I guess this is nice starting Kill Team kill team :P

I did 6 of them. 4 from Dark Imperium great set ad pair I got from some smaller starter set I bought for extra poses of Pox walkers.
I converted the champion. Removed his ugly face and silly stalagmites from his armor. Added skull helmet and shield - I cannot decide what cat of arms he should be wearing there but I want something atypical. I will decide later. I call them finished now and he is black shield :P 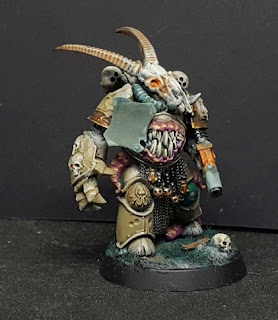 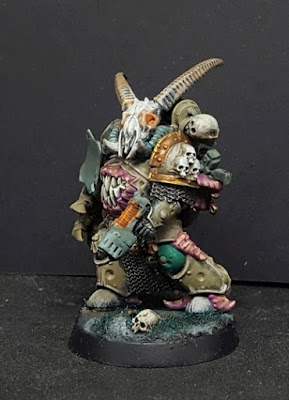 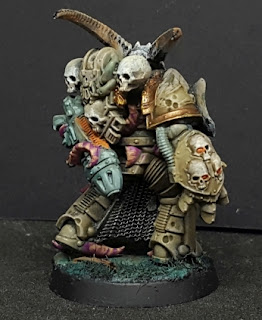 Next are stock guys from Dark Imperium and Grenade launcher guy from the second set.
Plasmagunner is my favorite 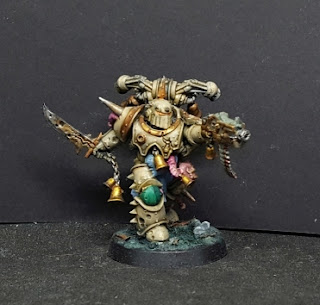 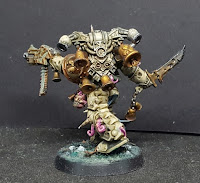 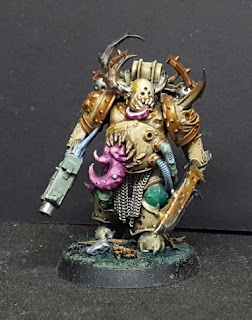 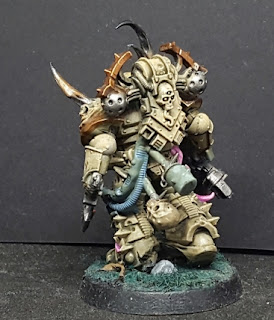 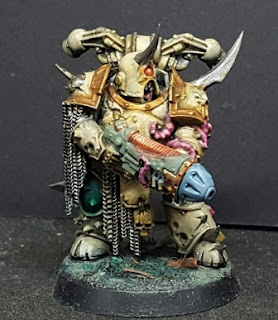 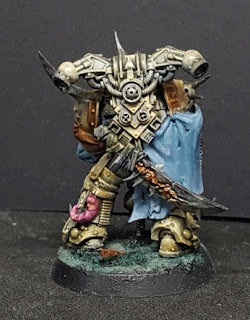 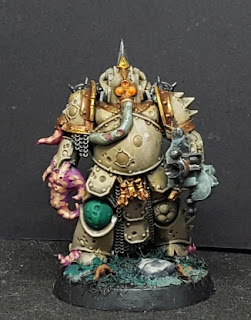 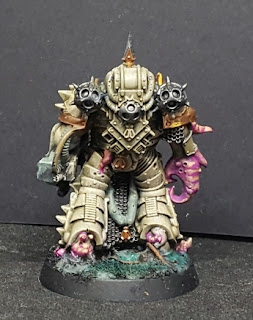 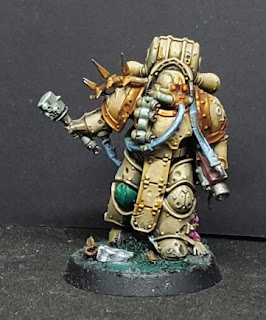 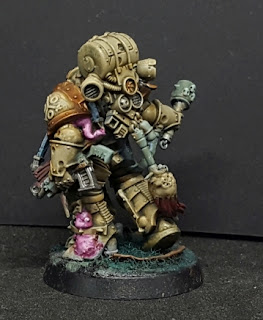 Great models despite being Nurgly.
I am waiting with great anticipation for hinted Slaaaneshian Marines revival.. maybe I will finish my own builds soon..
Autor: AWu o 05:39 Brak komentarzy: