As some people might be interested in how cultist are designed and what part we could scavenge from them, Ive decided to make report of how they all work component wise. And as pictures speak louder than words here there are.. 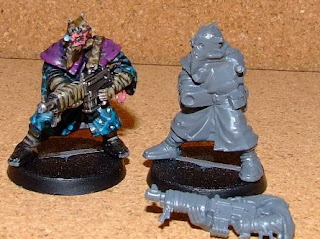 In this set we get 2 each of 4 posed autogunner cultists.
Each autogun is separete part, but with palms on the trigger and grip and parts of the arms with pins on the trigger arm and small hole on the supporting arm.
3 of them have supporting arm as part of the body without undercut,  but last one could be easily converted, as gun is placed on a pin on his body.
Nice touch is that there is equal spread of right and left handed guns.
I think that first guy is my favorite cultist from the set. His face mask is not best, and would be quite difficult to remove without extra work with GS later, but his pose is just imposing and characterful. last one has greatest conversion potential but again his face mask is so so and will be pain to remove without ruining his hood. 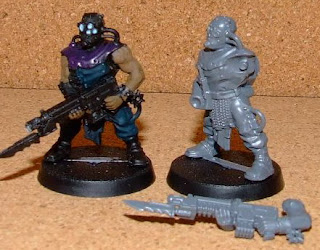 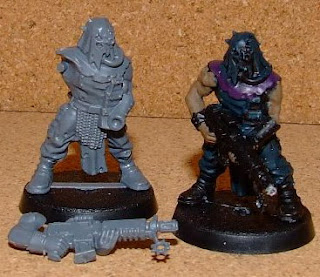 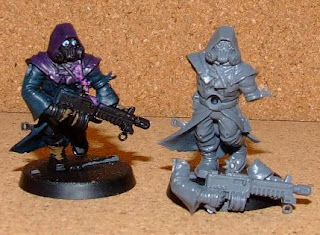 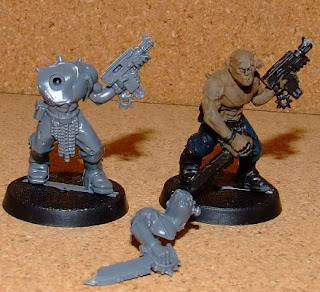 Then come autopistol armed guys
Again 2 of each of 4 poses. As they don't have arms jointed with their bodies they will be easier to convert.
Autopistol are quite nice set. We have 2 mirror hands with different kinds of autopistol. And then 2 left handed, one on the body, and one with the head. Extra separate knife on half body of  bare chested guy is less interesting but worth mention.
I like most barechested guy with stiched lips. How cool is that. Signs of his allegiance to chaos will be easily removable too. Another two guys - Mr gasmask and bald guy, are mirrors of each other with different heads and weapons. That gives us mirror autopistol for some Desperado gunslinger !
last one due to separated head will be easiest to convert, His head is very Cawdor like really. He got Cawdor mask on. . 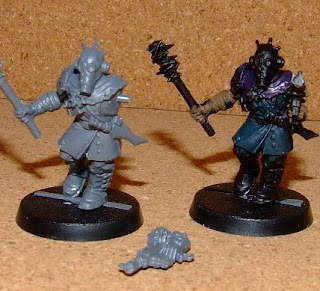 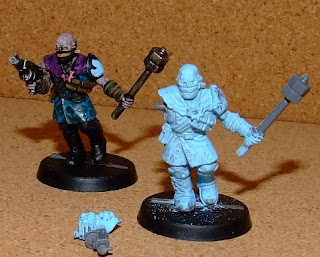 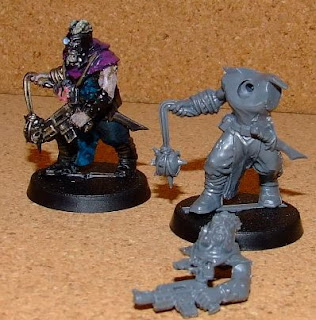 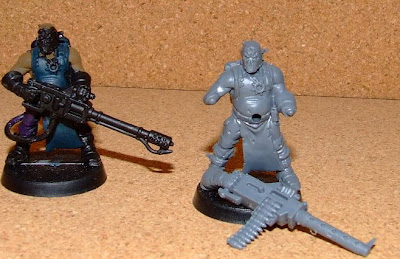 Very nice body with fat belly and very convertable and heavy stubber (almost identical in pose to classic Orlock stubber heavy and stubber alone is cross between Orlock and Goliath guns but in plastic !!)
Flamer is less exciting but could be is unique long barreled.
Heavies looks little butchery, i would love to make some executioners and butchers from  second set i am getting for sure.. 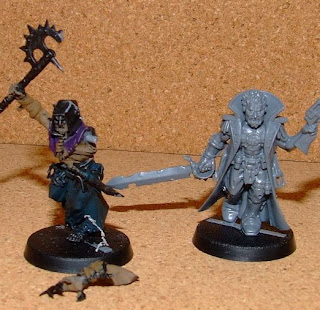 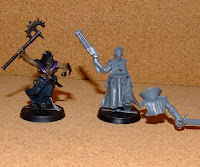 In comparison to the cultist leaders looks less interesting. They have cool components but as stand alone they are IMHO lacking. Great guy with coat have silly head not matching rest of the guys and is most disappointing from the set IMHO, I will change his head and pose for sure. Hooded guy is nicer and have unique pose but lacks any gun (his hand is very cool and will be seen in conversion). 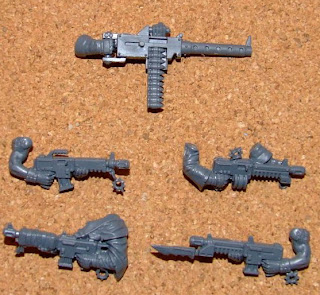 Summarizing we got 8 autoguns, 8 autopistols, and very nice stubber !!! In my opinion thats enough to buy this set if you are Necromunda, Inq28 fan.
20 great bodies that could be base for any kind of conversion is almost a bonus to these guns :>
Go buy them while they are still warm :>


Update:
Ive been asked for alleged extra base elements in this set. There are 5 pieces that are meant to be placed on terminator bases (each base even hav a hole for the. One of them is great cultist head that could be very useful in making unique guys. 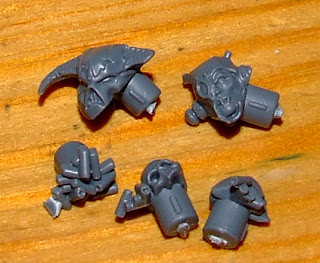 Doe - She is here

Doe ! Sci Fi Mi 24 from Khurasan Miniatures we waited for years is upon us!

And as a bonus few photos my friend done recently in Afganistan. You could get her here Doe Gunship on Khurasan shop