I am not a person normally cheering anything Orky but this Orktober post is my second orky blogpost in a row.. This time differently flavored :P 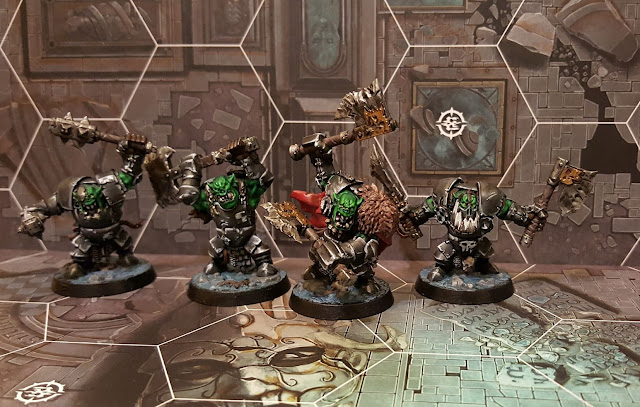 Ironskull Boyz!
I have to admit that Shadespire (or as it should be know because of setting change Warhammer Underworlds *) is my game discovery, and my second most played (after Necromunda) game of the year..(with I think most games due to usually managing 3 per game night for Necromunda one).
To my surprise I like most of the 1st set of warbands (event original sigmarines , only second sigmarines bore me to death) and I plan to play most of them (so far I had most fun with Skellies and Skaven). So expect more of the teams painted.
I wouldn't ever paint larger band of Orks but those 4 is right number and all models are great. 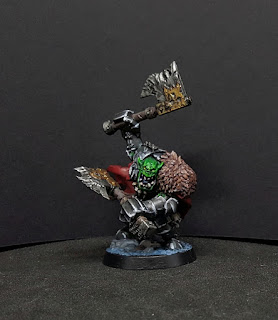 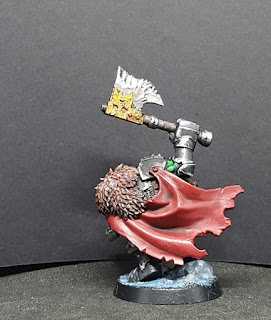 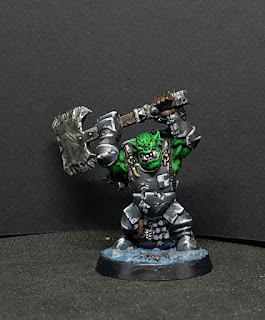 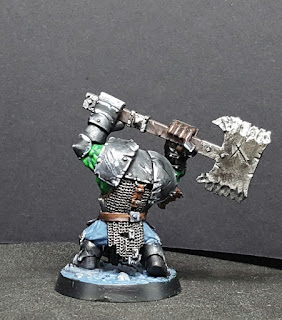 Second in power Bonekutta my favourite of th bunch 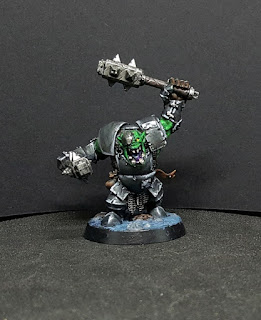 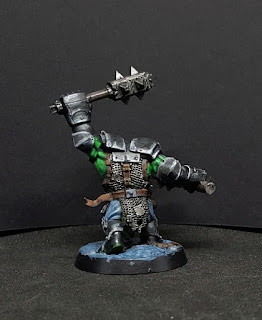 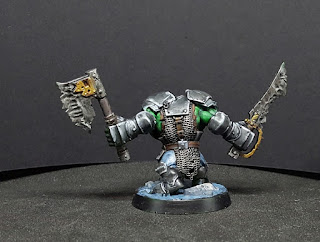 Basha and Hacka grunt Orks (I missed Hacka front photo and will add it later :) 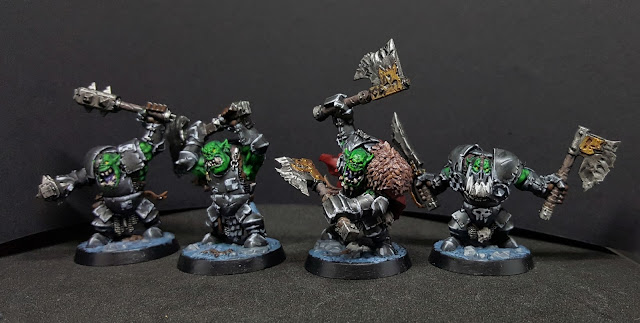 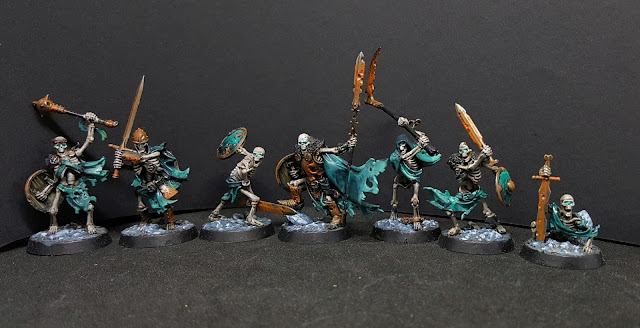