A surprising gift!! (As a rule I don't get miniatures from Santa to not annaoy my mother and mother in law :)
But this year  Ive got GW miniature I like most from this year releases.
Plastic Black Arc Fleetmaster !!
Beauty ! (I like most of the plastic characters - best line from GW in years, and I habe most of them in some distant plans (strangely more from WFB) to be converted into some 40K characters. 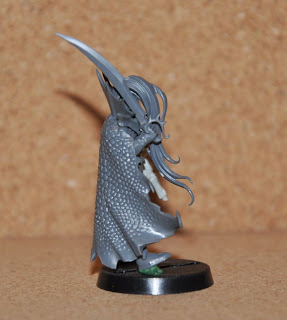 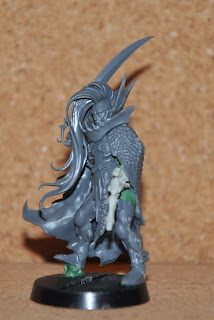 Here we have great Dark Eldar leader.. or bad Ass Eldar pirate, or even old school Eldar mercenary. I liked the miniature so conversion was minimalistic-hardly visible except the gun)  Leg exchange for Dire Avenger ones (i hated his sabre leg - silly idea !) and strange weapon swapped for a Splinter pistol (I love large and long wild west revolver looks of those!)
So behold menacing presence of Pirate prince. This guy is menacing - its hard to do in miniature, especialy plastic but he IS..!! Those miniatures are getting better and better and have lot of character, especially when one remembers bland old plastics.. But this guy is special in this regard. He is simply bad ass.. I was worried by his height but he blends well with other miniatures. 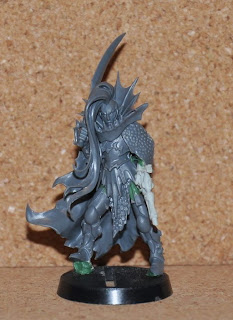 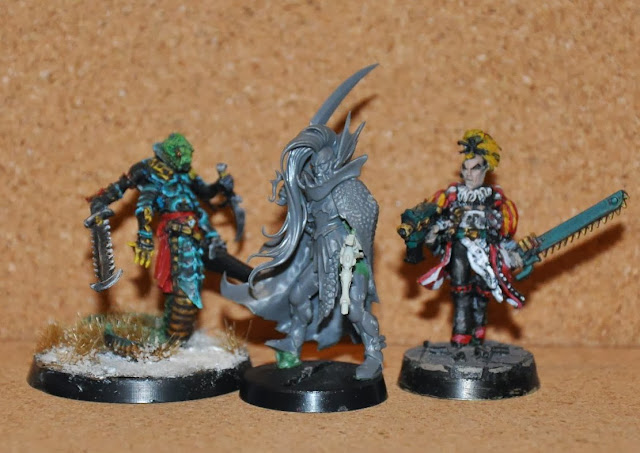 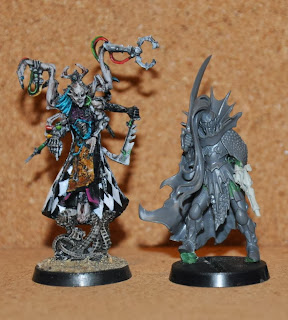 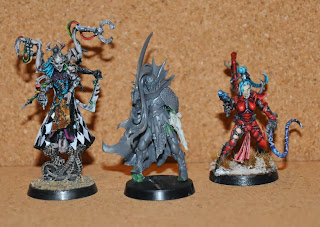 Now i just have to make him pirate crew :)